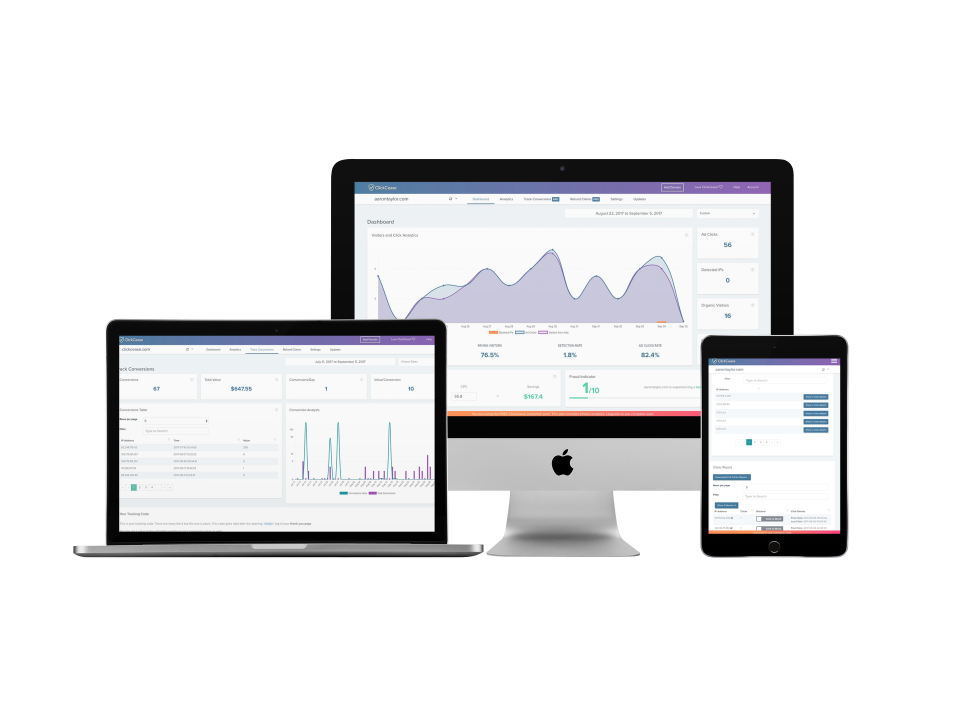 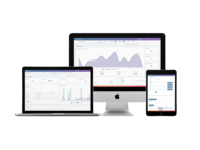 "You need this if you run PPC campaigns"

Puntos a favor: Simply put, you need Clickcease if you run any kind of PPC campaign. We’ve used Clickcease for about 18 months to block the ever growing volume of invalid clicks from the search engines. Being able to block both individual IP addresses and also IP ranges has allowed us to keep PPC costs under control. We can see that around 30% of clicks from Adwords are invalid, and as Clickcease integrates directly with Adwords to block IP’s there’s very little work to be done at our end after the settings have been made on the Clickcease account. The most import part of Clickcease is that it gives factual and indisputable evidence when you need to have a war with the search engines to get a credit for invalid clicks. What I mean by this is that when you have IP addresses in your Adwords or Bing account that you’ve blocked, and you still get clicks from them and more importantly charged for the clicks (this does happen a lot) then you can take your Clickcease evidence and use that as the base for a credit. We’ve received credits of around $23,000 in the last 12 months from Adwords alone and we wouldn’t have gotten these were it not for the Clickcease evidence.

Contras: There’s nothing not to like. It’s low cost, it’s reliable and it does what it says on the tin.

Thanks Alex, so happy you are seeing value!

"Easy to setup and use. Pays for itself!"

Comentarios: A few of our clients have very competitive industries and previously had quite a bit of click fraud from competitors. This helped solve that problem and increase campaign efficiencies.

Puntos a favor: ClickCease is really easy to get setup and running. Reporting is super simple and straight forward so you can show clients or your team or boss the value it brings and the money it saves.

Contras: Blocking isn't automated on Bing so you have to manually add IP's which is time consuming and annoying. But I really only use the service for our Google Ads so its not a huge issue.

"I like the window into fraud, but it really doesn't work"

Comentarios: It's OK. Google is the problem not ClickCease. Google is the mafia of online advertising. They leech onto your business and force wasted ad budget. 70% of all advertising traffic is a flush down the toilet. ClickCease has good intentions. Google isn't having it. Blocked IP's mean nothing to Google. I can block until I am blue in the face and the clicks keep getting registered through ClickCease.

Puntos a favor: I like the reporting and the ease of use. Conceptually, I wish it worked. But it just simply does not.

Contras: It does not stop Google. Nothing can. Google allows the clicks in the banned IP list to keep on coming. On top of that, Google caps you at 500 blocked IP's. With thousands of users per month. Probably 40,000+ users per month, 500 blocked is nothing. Regardless, Google doesn't even care. I have battled them and presented ClickCeaese data to them and they tell me it is inaccurate. Over and over. I watched my ad spend increase by 1K per month on average since I implemenetd ClickCease. I cannot stop the fraud. And when ClickCease sends in the refund claim, whcih should be many thousands of dollars, Google credits back like 25.00 total. I stil keep click cease because I do believe the data and I believe Google is pure fraud. Some day, I plan to get a legal team and sue Google for millions. For now, I am collecting data to prove my case!

Comentarios: Fantastic, the customer service is every bit as good as the software. Clickcease gives me Peace of Mind.

Puntos a favor: If you are a small business paying for PPC advertising this is a much have. In a competitive market, sometimes your competition wants to sabotage your success for their own gain by clicking on your ads which eats up your ad spend. Clickcease nips this is the bud. Software pays for itself in dividends.

Contras: I've only been using Clickcease for a couple of weeks and so far I haven't experienced any.

Comentarios: The customer service has been excellent. ClickCease has been proactive in helping configure my accounts and understand more about the settings. Plus, the automated reports your company sends in very helpful in understanding results and the impact your program is having on results.

Puntos a favor: ClickCease gives me and my client's an extra layer of protection against click fraud. It gives me more options in preventing click fraud and more control in filtering this out. It help me and more client's save money and make my paid advertising more relevant.

Contras: The cost of the program (monthly subscription) and I wish the program would allow us to better filter out geographic areas by state / region, etc.